Political scientist David Easton was born in Toronto, Ontario, and was educated at the University of Toronto and Harvard University. A professor of political science at the University of Chicago since 1955, Easton has also served as a fellow at the Center for Advanced Study in the Behavioral Sciences and a consultant to the Brookings Institution. The author of a number of important works, he is probably best known for The Political System: An Inquiry into the State of Political Science (1953). In both his work and writing, Easton is concerned primarily with the study of political science as a discipline, focusing on political theory and the importance of the field. A member of the National Academy of Sciences and the American Political Science Association, he has received honorary degrees from McMaster University and Kalamazoo College. 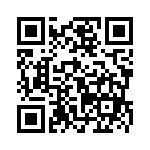