The Astronaut Maker: How One Mysterious Engineer Ran Human Spaceflight for a Generation

Cassutt (coauthor of We Have Capture) traces the arc of American space flight in this captivating biography of a NASA figure largely unknown to the general public despite his essential contributions ... Lue koko arvostelu

Michael Cassutt is the coauthor of Deke!, the autobiography of astronaut Donald K. "Deke" Slayton, and We Have Capture, the autobiography of astronaut Lt. Gen. Thomas Stafford and the author of three editions of Who's Who in Space (1987, 1993, 1999) as well as five space-themed novels and 30 short stories published in Isaac Asimov's Science Fiction and elsewhere. He has contributed numerous articles to Air & Space/Smithsonian and other publications and has appeared as a space history expert in documentaries for the History Channel. As a television writer and producer, Cassutt has been a member of the writing team of a dozen different series, from Twilight Zone to Max Headroom to The Dead Zone. He is currently co-executive producer of SyFy Channel's series Z Nation and is developing a drama titled Captain Cosmos with George R. R. Martin, of Game of Thrones. He lives in Los Angeles. 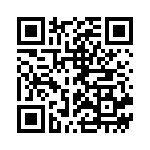