Kellee S. Tsai is Professor of Political Science at The Johns Hopkins University. She is the author of Back-Alley Banking: Private Entrepreneurs in China, also from Cornell. 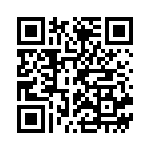