William March's COMPANY K is definitely a forgotten classic of the Great War. I only heard of it recently when it was cited in an essay about war writing by Phil Klay, whose own story collection ... Lue koko arvostelu

Great War fiction, published in 1933. The author was a U. S. Marine, and was awarded both the Distinguished Service Cross and Navy Cross, a feat that cannot have repeated many times. The novel is ... Lue koko arvostelu

A native of Mobile, AL, William March (1893-1954) studied law at The University of Alabama. After serving in the U.S. Marine Corps during World War I, he worked as an executive with the Waterman Steamship Corporation and published novels and short stories. Writer and critic Alistair Cooke described March as "the unrecognized genius of our time.” Philip D. Beidler is Professor of English at The University of Alabama and author of Rewriting America: Vietnam Authors in their Generation. 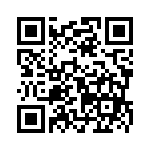