Alexander Laban Hinton is Director of the Center for the Study of Genocide and Human Rights and Associate Professor of Anthropology and Global Affairs at Rutgers University, Newark. He is the author of Why Did They Kill? Cambodia in the Shadow of Genocide and editor of Annihilating Difference: The Anthropology of Genocide. 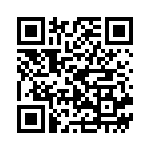