Praveen Gupta, MSEE, is the President of Accelper Consulting, which works with organizations in achieving improved profitable growth through Six Sigma, Process Excellence, Innovation, and Performance Measurements. He led the deployment of Six Sigma at Motorola in 1986 and the development of innovation science since 2003. Praveen has published in many magazines and has authored many books on Six Sigma and innovation, including "Business Innovation in the 21st Century." He was the founding editor-in-chief of "International Journal of Innovation Science." He is a Visiting Lecturer at the University of Illinois, and Adjunct Industry Professor at Illinois Institute of Technology. Praveen also heads Center for Innovation Science and Application at IIT, Chicago.

Brett E Trusko, PhD, MBA, is an Assistant Professor of Medicine in the Center for Translational and Bioinformatics. He has been at Mt. Sinai since 2008 where his responsibilities include several grant funded activities and as Deputy Director of the World Trade Center Medical Monitoring and Treatment Center. Dr. Trusko is certified as a professional project manage and a Six Sigma and Lean Master Black Belt. He is the author of "Improving Healthcare Quality and Cost with Six Sigma" and the current editor-in-chief of the "International Journal of Innovation Science." In 2006, Dr. Trusko became a founding member and Board Director of the United States Healthcare Information Technology Standards Panel and has served two terms. 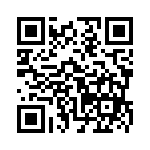