Kill Anything That Moves is based on previously unused archival material and interviews, and tells the tale of American systematic disregard for Vietnamese lives and the atrocities that were committed ... Lue koko arvostelu

“Kill anything that moves” suffers from the shrill marketing of its author. Perhaps that is necessary to gain the attention of a wider audience. While it refreshes or even creates the public memory ... Lue koko arvostelu

Nick Turse is the author of The Complex, the managing editor for TomDispatch.com, and a fellow at the Nation Institute. His work has appeared in the Los Angeles Times, the San Francisco Chronicle, and The Nation, among other publications. Turse's investigations of American war crimes in Vietnam have gained him a Ridenhour Prize for Reportorial Distinction, a Guggenheim Fellowship, and a fellowship at Harvard University's Radcliffe Institute for Advanced Study. He lives near New York City. 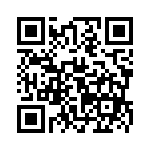