Gregory Lopez (Author)
Gregory Lopez has a Master’s degree in molecular biophysics. He is founder and facilitator of the New York City Stoics meetup, co-host of Stoic Camp New York, Director of Membership for the Stoic Fellowship, co-organizer of STOICON 2016, and on the team at Modern Stoicism. He also runs a charity that uses cognitive behavioral therapy, which is what led to his interest in Stoicism. 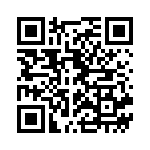