A facinating look at Italy, when they set up their regional governments in the 1970s, and the differences between the north and south and how the institutions fared. Lue koko arvostelu

Robert D. Putnam is Dillon Professor of International Affairs and Director of the Center for International Affairs at Harvard University. His many books include Hanging Together: The Seven-Power Summits (Harvard). Robert Leonardi is Jean Monnet Lecturer in European Community Politics at the London School of Economics, and Raffaella Y. Nanetti is Professor of Urban Planning and Policy Analysis at the University of Illinois at Chicago. 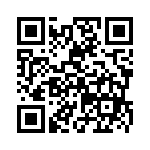