A lot more readable than Empire but lacks the almost poetic beauty in philosophical composition that brought Empire together. Largely seems to want to explain, sometimes almost apologize for the first work. Lue koko arvostelu

MULTITUDE: War and Democracy in the Age of Empire

Blend warmed-over Chomsky with dashes of Althusser and a pinch of Marx. Stir in some half-cooked network theory. Serve over a slab of post-Fordism. VoilÁ: you've got a lovely critique of imperialism ... Lue koko arvostelu

Michael Hardt is a professor in the literature program at Duke University. 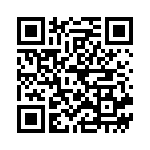