Mark C. Donfried is the founder and director of the Institute for Cultural Diplomacy, an independent, non-profit, non-governmental organization based in New York City. He is currently based at the ICD European Headquarters in Berlin, where he also holds a Visiting Professorship at Humboldt University. His current research and publishing focuses on civil society–based cultural diplomacy. 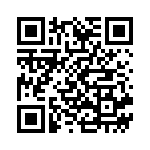