Luis Nicolau Pares is professor of anthropology at the Federal University of Bahia. Richard Vernon is senior lecturer in Portuguese and Spanish at the University of North Carolina at Chapel Hill. 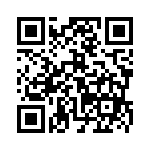