Manuel Castells is Professor of Sociology, and Professor of City and Regional Planning at the University of California, Berkeley, where he was appointed in 1979 after teaching for twelve years at the University of Paris. He has also been a visiting professor in fifteen universities around theworld, and an invited lecturer in hundreds of academic and professional institutions in thirty-five countries. Pekka Himanen works as a researcher in Europe and the United States. Following the completion of his Ph.D. eight years ago, he has also carried out field study in India, China, and Japan.He has been an adviser to the Finnish government on the information society, and to the Finnish Ministry of Eduacation and numerous universities on the virtual university. He works with some of the world's leading information technology companies on the human-oriented approaches to the informationsociety. 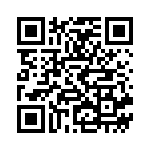