David Macaulay is the well-known author and illustrator of books such as "Cathedral: The Story of Its Construction," "Castle," and "The Way Things Work." Though considered by some to be a young adult and children's writer, Macaulay's books are, in fact, popular with audiences of all ages. Macaulay was born in 1946 in England, but moved to New jersey when he was 11. He studied at the Rhode Island School of Design where he was later an instructor of interior design from 1969-1973. He has also taught in public schools and had his work exhibited around the world. Macaulay won a Caldecott Honor Medal in 1991 for his book, Black and White. Macaulay has won numerous other awards, including the Washington Children's Book Guild Award for a Body of Non-Fiction Work in 1977. Macaulay's gift lies in his ability to make intricate and appealing drawings of complex subjects, such as buildings or archaeological sites. The explanations for the illustrations are well-written, clear, and often filled with fascinating, little known facts. He also writes works of historical subjects such as "Mill" which is about the construction and workings of an imaginary 1810 New England mill. David Macaulay has been married three times and has one daughter. 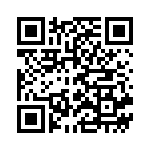