I'm not sure if these really are the "best" movies, but it is a great jumping off point with good synopses of the films. Lue koko arvostelu 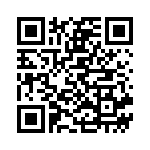