Jean-Luc Nancy (Author)
Jean-Luc Nancy (1940-2016) was Distinguished Professor of Philosophy at the UniversitÕ Marc Bloch, Strasbourg. His wide-ranging thought runs through many books, including The Literary Absolute, Being Singular Plural, The Ground of the Image, Listening, Corpus, The Disavowed Community, and Sexistence.

Pascale-Anne Brault (Translator)
Pascale-Anne Brault is Professor of French at DePaul University. She is the co-translator of several works of Jacques Derrida's, most recently For Strasbourg: Conversations of Friendship and Philosophy (Fordham).

Michael Naas (Translator)
Michael Naas is Professor of Philosophy at DePaul University. His most recent books include The End of the World and Other Teachable Moments: Jacques Derrida's Final Seminar (2015), Plato and the Invention of Life (2018), and Don DeLillo, American Original: Drugs, Weapons, Erotica, and Other Literary Contraband (2020). 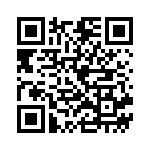