James O. Horton was born on March 28, 1943, in Newark, N.J. He received degrees from the State University of New York at Buffalo, the University of Hawaii at Manoa, and Brandeis University. His career as a historian has included teaching at the University of Michigan and George Washington University, and serving as director of the Afro-American Communities Project at the National Museum of American History. Horton's scholarly interests include equality in America, especially oppression based on race, gender, and social class. His first book, Black Bostonians: Family Life and Community Struggle in the Antebellum North, explored the political and cultural atmosphere for African Americans in pre-Civil War Boston.

Lois E. Horton is a professor of sociology and American studies at George Mason University. 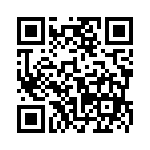