Peter Brune is a leading authority and writer on the Australian campaigns in New Guinea in World War II. He has had exclusive access to much of the information he has gathered over recent years, including interviews with many of the survivors, several of whom have now passed away.

First published in 1991, Those Ragged Bloody Heroes was Peter's first book. He has gone on to write a number of bestsellers; The Spell Broken, We Band of Brothers, and A Bastard of a Place and has co-authored with Neil McDonald 200 Shots: Damien Parer and George Silk and the Australians at War in New Guinea

Peter Brune is a school teacher and lives in Adelaide. 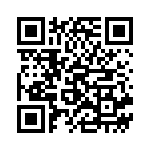