FranÓois de Salignac de la Mothe-FÕnelon (1651–1715) was the archbishop of Cambrai. He met Christian contemplative Madame Jeanne Guyon in 1688, apparently appreciating and affirming some of her doctrines and contemplative practices, while distancing himself from them on other occasions. In 1689, he was appointed tutor to the grandson of Louis XIV. He became archbishop in 1695. FÕnelon wrote letters of spiritual counsel that are highly valued to this day.

Jeanne Guyon (1648–1717) wrote from the depth of her own spiritual experiences. Growing up in France during the decadent times of Louis XIV, she was devout at an early age but then became caught up in the worldliness around her. After an arranged marriage at age fifteen, she became increasingly interested in spiritual things; and, for the rest of her life, she continued to seek God diligently, teach others, and write books on Christian devotion. These books have become Christian classics. Guyon paid a heavy price for her views and her writings. Throughout her life, she underwent various trials, including persecution and imprisonment for her beliefs. Her commentary on Song of Songs was used to sentence her to prison.

Pere Lacombe (1643–1713) was a Barnabite priest, a member of the Regular Clerics of St. Paul (Clerici Regulares Sancti Pauli). He was the spiritual mentor of Madame Guyon, who followed him to the various parishes to which he was posted. Under Lacombe's spiritual guidance, Guyon entered a mystical state in which she felt that God possessed her. It was this experience that led Guyon to write A Short and Easy Method of Prayer in 1685. A year later, King Louis XIV ordered that Lacombe, who had publicly defended Guyon, be imprisoned in the Bastille and afterward in the castles of Oloron and Lourdes. 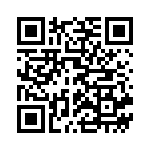