Alter L. Litvin is professor of history and historiography at Kazan State University, Tatarstan. He has written many books dealing with the Russian civil war, the Volga region, and political terror, and has also helped to edit a number of documentary collections. He has won awards for his distinguished professional achievements.
John L. H. Keep was from 1970 to 1988 a professor of history at the University of Toronto. He is author of works on the Russian revolution, the social history of the Russian army (15th-19th centuries), and the post-Stalin USSR. He recently translated and edited A.L. Litvin's Writing History in Twentieth Century Russia: A view from within. 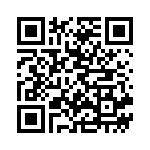