Sivu xxii
But his most remunerative activity was translation , especially the epoch - making
Virgil ( 1697 ) , which was brought out by the profitable subscription method , later
used by Pope with such celebrated success for his translation of Homer .
Sivu 205
... which better thou hast read : 550 Thy matchless author's work : which thou , my
friend , By well translating better dost commend : Those youthful hours which of
thy equals most In toys have squander'd , or in vice have lost , Those hours hast ...
Sivu 489
Virgil therefore , being so very sparing of his words , and leaving so much to be
imagined by the reader , can never be translated as he ought , in any modern
tongue . To make him copious , is to alter his character ; and to translate him line
for ... 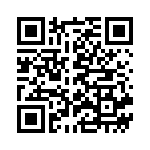