John Monfries is a Visiting Fellow at the Australian National University. 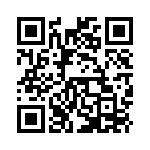