Sivu 81
Wherefore that field was called , The field of blood , unto this day . Then was fulfilled that which was spoken by Jeremy the prophet , saying , And they took the thirty pieces of silver , the price of Him that was valued , whom they of ...
Sivu 193
And it came to pass that on the eighth day , they came to circumcise the child ; and they called him Zacharias , after the name of his father . And his mother answered and said , Not so ; but he shall be called John .
Sivu 514
THE Nicene Creed , and that which is commonly called the Apostles ' Creed , ought thoroughly to be received and believed : for they may be proved by most certain warrants of Holy Scripture . ART . IX . Of Original or Birth - Sin . 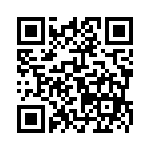