Sivu 425
Now , many had fitted out , to look over abandoned years later , when he took command of whaling grounds in the South Shetlands Green and Company's seventy - fourand take seal and whalebone . He had ton schooner , drink had begun to ...
Sivu 522
When I was in English class toThen we drove the Taylor's Ferry road day , ' she went on , ' and listened to a toward the Big River , sidling off on to talk on the Wordsworth country , I the old Taylor's Ferry road which took thought of ...
Sivu 614
And then his mother arrived . much better , he still was far from well , Miss Percival , feeling quite sick , and he would need care and lots of good , took Mrs. Big Hawk into Titus's room . food . There were no greetings . 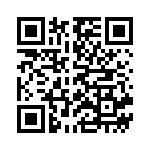