Larry Eugene Jones is Professor Emeritus in the Department of History at Canisius College in Buffalo, New York, where he has taught since 1968. His previous publications include the award-winning German Liberalism and the Dissolution of the Weimar Party System, 1918-1933 (1988) and Hitler versus Hindenburg: The 1932 Presidential Elections and the End of the Weimar Republic (2015). 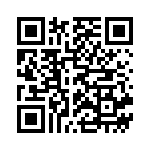