Blake cuts his way through a thicket of fan magazines and press clippings, and appears to have interviewed practically everyone associated with Queen’s early days that was willing to talk, to deliver ... Lue koko arvostelu

A great background on a great group. There were far too many typos however. Lue koko arvostelu

Mark Blake is a former Assistant Editor of Q and long-time contributor to Mojo magazine. He is the author of the definitive Pink Floyd biography, Pigs Might Fly: The Inside Story of Pink Floyd, Is This the Real Life?: The Untold Story of Queen, and editor of Stone Me: the Wit & Wisdom of Keith Richards (all published by Aurum) and also the editor of Dylan: Visions, Portraits and Back Pages and Punk: The Whole Story. He lives in London with his wife and son. 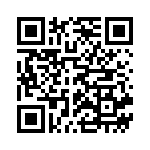