Louis Kronenberger (1904-1980) was a professor of theater arts at Brandeis University and drama critic for Time . In addition to this book he is the author of numerous books including Oscar Wilde, Extraordinary Mr. Wilkes: His Life and Times, and The Last Word: Portraits of Fourteen Master Aphorists . 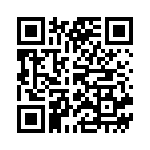