Sivu 72
An epic is a narrative po m large in effect , in the characters , the events , and the
setting . It generally deals with an historical theme , not of the immediate past , but
set in the dim and distant antiquity so that the incidents and characters of an ...
Sivu 147
In style and execution the Rape of the Lock is exactly modelled on the epics . It
has all constituent elements of the epic , the epic invocation , supernatural
machinery , epic similes and descriptions , long journeys , visits to the under -
world ...
Sivu 181
The Prelude as a Philosophical Epic Earnest de Selincourt points out the epic
character of The Prelude . As it ( The Prelude ) stands prelude has not merely
unity of design ; it has something of epic structure . ( " Introduction ” to his edition
of ... 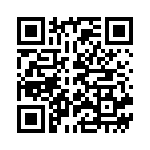