Sivu 4
Many of these men were associated with Gresham College , the endowment of financier Sir Thomas Gresham who had built the Royal Exchange in 1567 , managed much of Elizabeth's financial and commercial affairs , and became the richest ...
Sivu 5
The Cromwellian housecleaning of Oxford saw many of the London group , including members of Gresham College , who had been meeting somewhat regularly , transferred to Wadham College . There under the leadership of the Warden of Wadham ...
Sivu 109
Salter , Frank R. Sir Thomas Gresham : 1518-1579 . London , 1925 . Seth , James . English Philosophers and Schools of Philosophy . London , 1912 . Stimson , Dorothy . The Gradual Acceptance of the Copernican Theory of the Universe . 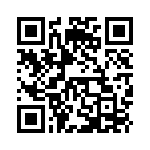