Nigel Spivey teaches Classical archaeology at the University of Cambridge, where he is also a Fellow of Emmanuel College. He has held scholarships at the British School at Rome and the University of Pisa and has also worked at the Australian National University and the Getty Research Institute. He has written widely about Greek, Etruscan and Roman art and presented several historical television documentaries, including the major BBC/PBS series How Art Made the World (2005). 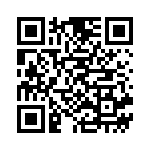