A thoughtful collection on the relationship of Christian doctrine (especially Catholic and Lutheran, with one chapter on Romanian Orthodox) about Jews (always anti-Judaic and often antisemitic) and the exterminationist antisemitism of Nazism. The notes alone are worth the read. Lue koko arvostelu

Kevin P. Spicer, C.S.C., is Associate Professor of History at Stonehill College in Easton, Massachusetts. He is author of Resisting the Third Reich: The Catholic Clergy in Hitler's Berlin. 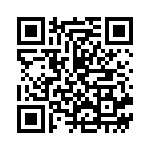