Sivu 13
... trades , allow , on Smith's calculations , a tenfold increase , or a hundred - fold
increase , or even a thousand - fold increase in ... concept that is still with us
today in the form of the idea that wage increases should track productivity
increases .
Sivu 238
Such an increase will not happen , so the argument runs , until there is something
named " economic development , " which requires Indonesia to exploit its
comparative advantage as a low - wage nation , with wage levels even lower
than ...
Sivu 241
Similarly Indonesia , following the family principle , is supposed to invest , which
will produce increased output resulting in more income . " Most important ,
however , is the fact that , in an economic system of this character , the state is ... 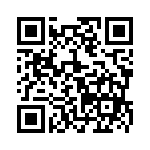