Sivu 289
Along with Handke , Franz Xavier Kroetz is a leading German dramatist . His plays , such as Request Concert ( 1980 ) ... Increasingly , dramatists have depicted the world of the cruel and the absurd . How satisfying can this world be for ...
Sivu 338
The dramatist's attitudes are typical of a male - dominated stage and a male - dominated society . ... In 1915 , that dramatist began 22 Eugene Walter , The Easiest Way , in Chief Contemporary Dramatists , ed .
Sivu 409
Instead , some modern dramatists portray the development of action , the inevitability of catastrophe , and the climactic disaster which contribute to the tragic experience . The dramatists of recent times , especially the absurdist ... 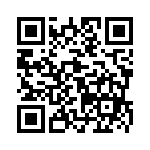