Barbara A. Somervill is a professional children's nonfiction writer with more than 150 published titles. She is the author of Electrical Circuits, Plant Reproduction, and several titles on recovering animal species, as well as a series on insects and another on mammals under the pseudonym Sophie Lockwood. Somervill is a member of the Society of Children's Book Writers and Illustrators and the North Carolina Writer's Network. 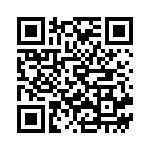