Sivu 54
And though Plautus hath in one place done amiss , let us hit with him , and not
miss with him . But they will say , How then shall we set forth a story , which
containeth both many places and many times ? And do they not know that a
Tragedy is ...
Sivu 115
In the Greek poets , as also in Plautus , we shall see the economy and disposition
of poems better observed than in Terence and the later , who thought the sole
grace and virtue of their fable the sticking in of sentences , as ours do the forcing
...
Sivu 149
Among their comedies , we find a scene or two of tenderness , and that where
you would least expect it , in Plautus ; but to speak generally , their lovers say
little , when they see each other , but anima mea , vita mea ; Zwn kai yoxń as the
... 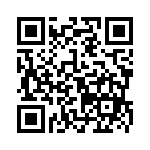