Sivu 101
In England , since the appearance of Bates ' more recent book , Penguin has launched a series of cheap pocket versions of a number of classics , each newly translated by a contemporary author ; of those that have so far appeared some ...
Sivu 178
In the sentence just quoted from Professor Woodbridge's study , he goes on to point out that “ probably at some time after [ Temple's ) retirement [ in 1681 ] ” a small collection of “ Poems , by Sir W.T. , " appeared , undated .
Sivu 196
By the eighteenth century's end , Dryden's Virgil had appeared at least twenty - four times , mostly in London but also in Glasgow , Edinburgh , and Perth . Nineteenth - century editions , numbering more than fifty , included ... 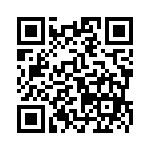