Jeremy G. Butler has taught the critical study of television, film and new media since 1980. After receiving his Ph.D. in film at Northwestern University, he began teaching television and film courses at the University of Alabama. Later, he developed Web design courses at Alabama and the University of Arizona. He has published on topics such as the sitcom, the soap opera, and television stardom in Screen, Cinema Journal, Journal of Film and Video, and Journal of Popular Film and Television, among others. He also edited one of the first anthologies of critical studies of television/film stars, Star Texts: Image and Performance in Film and Television. Butler is active in numerous Internet projects. He founded several ‘Net resources for TV/film teachers and students—including an e-mail discussion list (Screen-L) and a Website (ScreenSite)—and served as the Society for Cinema and Media Studies first information technology officer. Additionally, Butler has produced films, video projects, and Web sites. 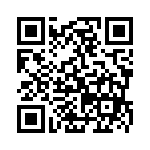