For the purposes of this work, "early" cinema is defined as the period from the mid-1890s to the 1910s, although some entries cover earlier and later years. The scope is international, with some ... Lue koko arvostelu

Richard Abel is director of the Graduate Certificate Program in Film and Video Studies at the University of Michigan. His essays have appeared in dozens of journals and been translated into French, German, Italian, Spanish and Dutch. Along with several of those essays, four of his books have won national or international awards. Recently he began research on a new project, Trash Twins: Moving Pictures and Newspapers in the USA, 1911-1914. 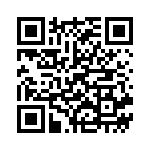