Sivu 74
Those of us who have lunched or supped too near jazz bands can appreciate
that Christmas morning scene at Boussa , when the king gave a musical party in
his guest's honour . “ The band struck up . It consisted of six large drums , three ...
Sivu 188
I have seen three kings naked , ” Bismarck once said brutally , " and there was
nothing striking about any of them . ... One has not only to deal with the king , but
also with his wife , perhaps even with his mistress , and with the whole court ...
the ...
Sivu 193
I will bear the entire responsibility for the coming venture ( the war with Austria ) ,
that the world may know that the King of ... Bismarck , on the other hand , while
doing lip - service to this doctrine of the divine right of kings to govern alone , did
... 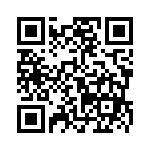