Sivu 1
Already, for example, there have been some moderately successful attempts to
endow machines with the ability to play chess, predict the weather, prove
theorems, recognize speech sounds, diagnose diseases, sort photographs, and
read ...
Sivu 5
For example, the pattern (5,-3) would be placed in category 2. Note that the point
sets of Fig. 1 -2 are separated from each other by surfaces (curves in E2) called
decision surfaces. We shall not consider in this book any mappings requiring an
...
Sivu 105
For example, patterns 3 and 7 both yield a response of + 1 for TLU 1 and a
response of — 1 for the other TLUs; hence these two patterns are transformed
into the single point (1,-1,-1) in image space. The numbers associated with the
image ... 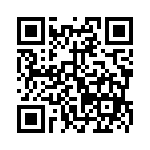