Sivu 561 - And I heard a loud voice saying in heaven, Now is come salvation, and strength, and the kingdom of our God, and the power of his Christ: for the accuser of our brethren is cast down, which accused them before our God day and night.
Näkyy 681 teoksessa alkaen 1755-2008
Sivu 135 - And when the thousand years are expired, Satan shall be loosed out of his prison, 8 And shall go out to deceive the nations which are in the four quarters of the earth, Gog and Magog, to gather them together to battle: the number of whom is as the sand of the sea.
Näkyy 869 teoksessa alkaen 1755-2008
Lisää
Sivu 170 - And out of the ground made the Lord God to grow every tree that is pleasant to the sight, and good for food; the tree of life also in the midst of the garden, and the tree of knowledge of good and evil.
Näkyy 753 teoksessa alkaen 1802-2008
Sivu 354 - I counsel thee to buy of me gold tried in the fire, that thou mayest be rich ; and white raiment, that thou mayest be clothed, and that the shame of thy nakedness do not appear ; and anoint thine eyes with eye-salve, that thou mayest see.
Näkyy 677 teoksessa alkaen 1755-2008
Sivu 88 - For they are the spirits of devils, working miracles, which go forth unto the kings of the earth and of the whole world, to gather them to the battle of that great day of God Almighty.
Näkyy 716 teoksessa alkaen 1755-2008
Sivu 162 - For thou hast said in thine heart, I will ascend into heaven, I will exalt my throne above the stars of God: I will sit also upon the mount of the congregation, in the sides of the north: I will ascend above the heights of the clouds: I will be like the most High.
Näkyy 610 teoksessa alkaen 1611-2008
Sivu 65 - And the beast was taken, and with him the false prophet that wrought miracles before him, with which he deceived them that had received the mark of the beast, and them that worshipped his image ; these both were cast alive into a lake of fire burning with brimstone.
Näkyy 644 teoksessa alkaen 1755-2008
Vähemmän

It all started one day in the 1920’s when my grandfather Akui Mella a pagan masai went outside to work in his coffee field. As he was tilling the ground with a handheld hoe, he said an Angel in white,bright as lightening appeared beside him. The Angel called to my grandfather Mella and said “Lotegeluaki !, Lotegeluaki!, Lotegeluaki!” three times. “Lotegeluaki” means the chosen one in Masai . The next day as he worked in the cornfield plot behind the “boma” Satan appeared to him in a whirlwind. My grandfather said he threw a clog of dirt at the presence and it flew down into the low valley behind my grandfathers plot of land. So my grandfather a pagan masai changed his name to “Lotegeluaki” and became a Christian. That’s how our clan became Christian. No missionary ever came and converted us, but an Angel from God did . Well what was Lotegeluaki chosen for? He never found out, but the third generation of his first born was chosen to play a part in the Invisible War serving Jesus against Satan. I will not tell you what really happened in my life, it’s a secret that I will keep until Jesus comes back in my lifetime. At least I hope to keep it a secret. But this book is the product of many years of walking with Jesus and being attacked by Satan and his forces. The book is about the history of Christianity from before the big bang to after the collapse of this universe and beyond- a 200 billion year history of Christianity as Jesus through the Holy Spirit revealed it to me. And I intend to feed my Mom, Mother Church with it. So please read and enjoy the “ refreshing” – food for weary Mother Church in the political sea. 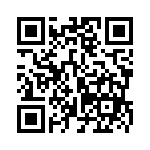