Sivu 735
His first poem 6 was " The Dying Raven , ” followed quickly by “ The Buccaneer
and other Poems . ” He also wrote numerous tales and essays . “ The Pleasure
Boat , " selected for GEMS from this author ' s poems is beautiful in the extreme .
Sivu 748
His poems are much admired for tenderness of feeling and artless grace . He
died at an early age , in 1776 , leaving comparatively few mementos . MRS .
MARY HOWITT . T HIS popular English authoress was born at Uttoxeter , in 1804
.
Sivu 749
“The Djinns," from Hugo's pen, and given in this volume, is one of the most
remarkable poems in any language. ... a storm, which is also the thought
expressed by the words of the poem, is a masterpiece of composition in its
original form, and ... 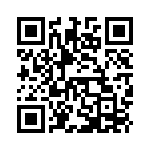