Sivu 39
On May 2 , 1636 , Sir Philip made him his deputy in the offices of Clerk of the Crown in the Court of Chief Pleas , Clerk of the Common Pleas , and Custos Brevium.10 On February 6 , 1637 , he was appointed Clerk of the Crown and Peace ...
Sivu 41
Sir Philip Percivall took similar action on a smaller scale , committing the defense of four castles to John Hodder . The latter assembled a company of eighty English tenants of Sir Philip and Richard Fitzgerald , armed half of them ...
Sivu 45
Sir Paul Davis , Sir Philip's brother - in - law , was a more generous master than the Lords Justices . Nor was Fitzgerald a man to shy away from difficulties , especially when the fate of Ireland was at stake . 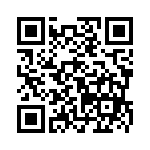