Rachel Falconer is Lecturer in the Department of English Literature at the University of Sheffield. 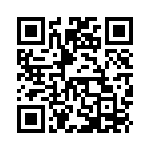