Robert J. Donia has been visiting and writing about the former Yugoslavia since 1965. He has authored three books and written numerous articles about the history of Bosnia and Herzegovina and has taught courses on human rights and the former Yugoslavia as a visiting professor at the University of Michigan. As an expert historical witness, he has provided testimony at the International Criminal Tribunal for the former Yugoslavia in The Hague in the trials of former Yugoslav president Slobodan Milo evi and former Bosnian Serb leaders Radovan Karad i and Ratko Mladi and twelve other trials. 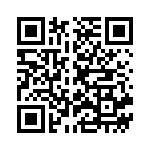