Sivu 105
These reciprocal attempts at intergroup differentiation are inherently competitive
since each group is striving for the same positively valued difference relative to
the other : there is a process of competition for positive social identity . This form
of ...
Sivu 273
273 were then asked to write a second application after being told that they were
competing for the post with another candidate . ... was either similar to , or
different from , the subject in some characteristics directly relevant to the
competition .
Sivu 467
... 354 - 357 interpersonal competition , 342 – 344 age differences , 343 , 347 in
Polynesia , 344 - 347 national differences , 344 sex differences , 346 Cognitive
alternatives , see also Assimilation , Creativity , 93 and secure social identity ,
207 ... 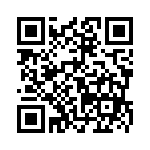