Sivu 75
His second wife was of high but not the highest rank , and happening one day to tap the Duke playfully with her fan , he turned on her in anger , saying : “ My first wife was a Percy , and she never dared to take such a liberty .
Sivu 213
The King in his extremity now turned to a young man not yet twenty - five , whom already two years earlier he had turned to without success , and asked him to take over the government . This time Chatham's son assented .
Sivu 236
ings , wherein Fox took part – though the chief glory of the trial , which turned out to be its eloquence , belongs to neither , but to Sheridan and Burke . But Fox , wherever possible , opposed Pitt ; and in the matter of the Regency ... 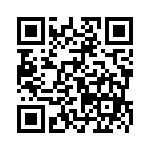