Sivu 102
at Brest, in Occupied France. Bombs were seen to strike the target. Other United
States planes raided Rangoon, in Asia, and Benghazi and Tobruk in Africa.
British planes attacked Genoa and ranged over France and tne I*ow Countries.
Sivu 137
Sabotage Increased in the Occupied Countries and there were threats of open
revolt when Ger- □zazy ordered forced labor to fill her war manpower needs In
factories and munitions plants in the taurth year of World War II. Resistance was ...
Sivu 187
Bohemia and Moravia (area 28,717 sq. ml., population 10,897,000) were
occupied by Germany March. 1938). See Index, Czechoslovakia. Memel (area
1,099 sq. mi.; population 153,000) the chief port of Lithuania, since absorbed by
Soviet ... 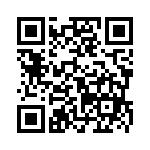