Sven H. Rossel, the general editor of A History of Scandinavian Literatures, is a professor of comparative and Scandinavian literature at the University of Washington. Among his other works are Johannes V. Jensen (1984) and The Diaries of Hans Christian Andersen (coeditor, with Patricia Conroy, 1990). 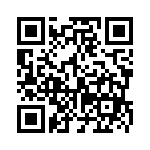