this book is very good for the young & untrained who are unprepared to look up verses but have a ready , reliable thought & prayer for the immature christian to declare. Focused on sincere thoughts ... Lue koko arvostelu

We have been using Rick Renner's big book, Sparkling Gems from the Greek, for family devotions with our teens and it is EXCELLENT. Very relevant to our day to day lives - convicts, exhorts, makes us ... Lue koko arvostelu

Rick Renner is a highly respected leader and teacher within the global Christian community. Rick first fell in love with the Greek New Testament when studying Journalism and Classical Greek as a university student. In the years that followed, he continued his extensive study of the Greek New Testament, later earning a Doctor of Philosophy in Ministry.

Rick ministered widely throughout the United States for many years before answering God's call in 1991 to move his family to the former Soviet Union and plunge into the heart of its newly emerging Church. Following an apostolic call on his life, Rick works alongside his wife Denise to see the Gospel preached, leadership trained, and the Church established throughout the world. Today Rick's broadcast "Good News With Rick Renner" can be seen across the entire former USSR, reaching a potential audience of more than 100 million viewers. He has distributed hundreds of thousands of teaching audio and videotapes, and his best-selling books have been translated into five major languages - Spanish, Portuguese, French, Russian, and German - as well as multiple other languages that are spoken throughout the former Soviet Union. Rick is the founder of the Good News Association of Churches and Ministries, through which he assists and strengthens almost 700 churches in the territory of the former Soviet Union. He also pastors the fast-growing Moscow Good News Church, located in the very heart of Moscow, Russia.

Rick Renner Ministries has offices in England, Latvia, Russia, Ukraine, and the United States. Rick, Denise, and their family live in Moscow, Russia. 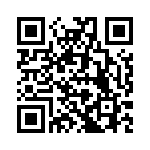